Jai is a young writer from the Philippines. She is currently attending the University of the Philippines Diliman with a major in Anthropology. As an INTJ, Jai loves to learn new things, go on long walks by herself, and play Stardew Valley

Deities, Spice, and Everything Nice: The Anthropology of #WitchTok

The belief that there exists a certain type of people that can perform harmful sorcery and ‘black magic’ seems to have existed in almost all human cultures throughout the entire history of humankind. Lucy Mair, a British social anthropologist notable in African witchcraft studies, points out that the belief in witchcraft is universal and, to some extent, perennial. In Europe, witchcraft progressed along a distinct historical orientation, greatly governed by Christian notions of evil and affected by significant European social and legal developments. One can see that the early European society characterizes witchcraft as demonic practices performed by evil-worshippers dedicated to the destruction of Christianity and this negative perception led to witch hunts and persecution of witches in Europe that lasted for centuries.

As centuries go by, neo-Paganism as a spiritual movement has thrived around the globe. A significant increase in internet access throughout the decades has further played a role in giving rise to the number of modern witches and neopagan practitioners all over the world (Renser & Tiidenberg, 2020). Social media, in particular, has not only enabled neopagan practitioners to engage in active dialogue with each other, but has also allowed for witchcraft enthusiasts to learn about spells and divinations and eventually become a witch through digital enculturation. More and more of today’s witches are thronging on TikTok, a popular social media platform that allows users to create and watch various content in the form of short videos. As of this writing, TikTok videos with the #witch hashtag have reached over 6.6 billion views. Correspondingly, platform-specific hashtags such as #witchtok and #witchesoftiktok have about 12.9 billion and 1.7 billion views respectively. When you scroll through these hashtags on the TikTok app, you will stumble across a growing community of modern witches that post videos of tarot readings, spell castings, crystals, deities, and other engaging content related to witchcraft.

The witch hysteria from four centuries ago has been continuing to linger as a matter of the past. With the rise of technological advancement, modern witches today experience more freedom to express and share what they do to billions of audience members without experiencing discrimination in an extreme manner. Evident from the remarks they receive from all over the globe on their digital platforms, witches are being respected, and even appreciated by many people of different belief systems in various parts of the world. TikTok, in particular, is an influential platform where witches create their content and receive auspicious comments from billions of viewers. “The community is very open to other people’s beliefs, and so far, I’ve had a very positive experience.” notes Juliet Diaz, the author of the book Witchery: Embrace the Witch Within, who also shares witchcraft content on TikTok (Walker, 2020).

In studying the evolving perception of witchcraft practices throughout historical periods, one of the theoretical approaches anthropologists consider is the functional approach. This perspective regards witchcraft as a practice that serves useful functions such as the alleviation of anxiety and fulfillment of mental tranquility among individuals. The huge number of witches on TikTok has undoubtedly encouraged many people to try the spells and rituals, which might have given them opportunities for reflexivity. Perhaps this is one of the reasons why witchcraft practices are steadily receiving social acceptance in today’s digital era. It benefits many people not just in the psychological aspect, but also gives them a sense of fulfillment in the process of trying spells that will work in their favor. For instance, easily accessible spell tutorials on TikTok teach viewers how to spot if a person is lying or how to attract persons of the opposite sex.

Additionally, younger generations who practice witchcraft find inspiration in their desire to be part of something bigger than themselves. Lola Miles, a content creator on TikTok and a practicing witch with twenty years of experience, believes that Millennials and Gen Zers are not as shallow as older people think them to be. And this attribute is what draws them to witchcraft (Leight, 2020). As such, they want to bring about political changes through the power of spells. One case that illustrates this is their attempt to mass hex on the then-US presidential candidate Donald Trump in 2016 as a form of resistance to the perceived tyranny he would inflict in the United States. 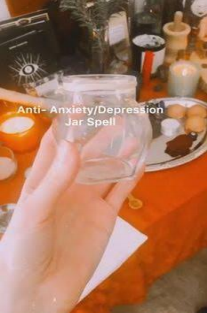 Anti-anxiety spell tutorial from a practicing witch on TikTok 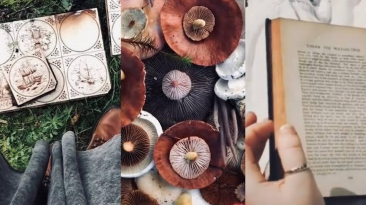 The #witchtok aesthetic seen on many contemporary witches

Another possible factor that led to the gradual acceptance of witchcraft in the digital age, is the freedom aspired by the society yet repressed by the state. This self-determination is exceptionally manifested by witchcraft practices through the expression of homosexuality. Unlike Christian churches which can be observed with institutionalized homophobia and conservative standards, contemporary witch communities allow you to have a belief system that is unrestricted as compared with other religious movements. Witchcraft, albeit encompassing diverse practices in itself, allows the individualization of spiritual praxis (Leight, 2020).

Lastly, one important element that wipes out the stigmatization against witches in this cyber age is the way witches present themselves on various digital platforms. Contrary to the witchcraft imagery painted to the public during the medieval period in Europe where witches are stereotyped as diabolic individuals who wear black and ride broomsticks to attend their satanic cults, how witches appear today is very much different. On TikTok, most witchcraft practitioners you would see do not have many physical nuances compared to a normal person. They give off calming emotions, live in a cottage situated in the countryside, and usually wear light-colored clothing. Inferring from this information, it might be safe to assume that the mediatization of witchcraft goes against the perception of witches as a group of people possessing a negative and dark impression and helps them become accepted as part of society.

Whether you want to practice modern spells or just want to know helpful ways of practicing self-care, especially in this challenging time, you may head over to #witchtok and learn a thing or two from our friendly witches!